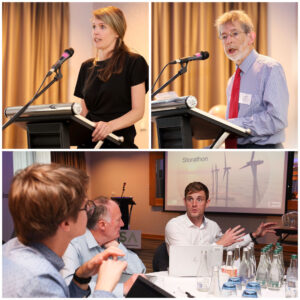 On the 6th of October 2022 the Irish Energy Storage Association and Cenergise held a Storathon in Dublin that brought together the top energy industry players including technical experts, financial modellers, market experts, researchers, project developers and students. The 70 delegates were placed into teams to brainstorm and come up with long duration energy storage solutions for the Irish market that can be implemented quickly to support the Irish electricity grid during potential blackouts. Industry experts, Eirgrid, ESB Networks, DECC and the CRU were in attendance helping the teams during the brainstorming sessions throughout the day.

Seven teams participated in the event which included Long Duration Batteries, Pumped Hydro, Green Hydrogen, Thermal and Geothermal, Thermal Demand Flexibility, Community Storage and Flexibility Services. The winning team of the day was Pumped Hydro and their idea was to use a fluid that was 2.5 times denser than water, so that it can be deployed on small hills instead of large ones, to generate the same power. This reduced construction costs and identified more suitable sites in Ireland. The idea was to deploy multiple 40MW High-Density Hydro projects in the North-West of Ireland to store cheap wind energy and unlock more renewable capacity in grid-constrained areas, daisy-chaining projects to maximise storage duration.

The backdrop for the event:
In Ireland there is over 5GW of installed wind on the system. On windy days windfarms are being turned off overnight as there is more generation on the system than demand. There is a commitment to build another 7GW of offshore wind through the Renewable Energy Support Scheme, which will be backed by the PSO levy in Irish consumer electricity bills.

Given weather is variable, Ireland needs a diverse range of renewable technologies, so that renewable power is generated in all weather conditions, not just when it is windy. If Ireland and neighbouring countries both rely on the same renewable sources of energy; in times of a shortage, they will both encounter difficulties at the same time, unless long term energy storage is developed.

Most batteries installed in Ireland provide 30 minutes of backup storage. Ireland requires a mix of 4-12 hour and longer duration storage.
To achieve this, a new market mechanism needs to be introduced to run in tandem with the Renewable Energy Support Scheme to secure long duration storage. Otherwise in high wind events, windfarms will be turned off, leaving the consumer paying for it. 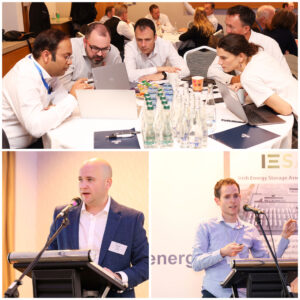